Everyone wants a digital transformation, but what is it? We all realize that technology can be more easily deployed and perform more activities than it once could, but which are the right tools to make my digital transformation a reality? Is there a single answer? Do I need a Consultant or an IT department to figure it out? Will I be able to sustain any of these solutions if I can get them to work?

Join Anthony Giardina from FortyOak on Thursday April 22 at 12pm EST as he discusses the practicality of digital transformation with three leaders who have successfully accomplished it. Marilene Schofield, World Fuel Services RPA and OCR Leader, Victor Sirianni, Director of Automation Engineering at American Tire Distributors, and Luke Keenan recently the City of Seattle’s Automation Lead. All three have found themselves in the middle of very different, and somewhat unlikely, digital transformations. They have the experience to help you set your course and plan for a more effective and efficient operation!

Presented in conjunction with 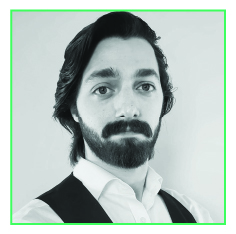 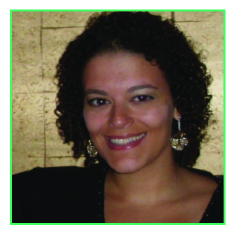 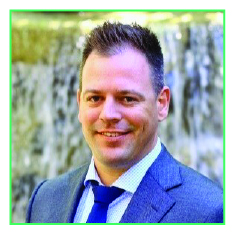 Victor is the Director of Automation Engineering at American Tire Distributors. He has worked in the Financial and Logistics industries as a senior analyst and process engineer developing a passion for fusing decisions, actions, data, and analytics into continuously improving autonomous processes. Combining an appreciation for technology, science fiction, and lean angles, he commutes on his electric motorcycle set to warp 5; unless it’s raining, then impulse.

Marilene’s passion is helping businesses transform. Her background in automation, program implementation, and strategic planning gives her the right experience and perspective to modernize business operations. At World Fuel Services (WFS), Marilene supports the organization’s digital transformation efforts by leading both Robotic Process Automation (RPA) and Optical Character Recognition programs. She works across all business segments to digitize unstructured data and automate manual processes. Prior to WFS, Marilene managed the RPA program at Bayview Asset Management, where she was part of the start-up team that built the program. Before beginning her automation journey, Marilene spent much of her career in the IT space, with a focus on SaaS products within the healthcare and litigation consulting industries. Marilene is a certified Project Management Professional and AWS Cloud Practitioner. She is a graduate of the College of Journalism from the University of Florida – Go Gators!

Luke Keenan is a Champion of Automation. Starting with his early days at BlackRock Financial Management Inc. in early 2010 with the Portfolio Compliance team. The team managed Portfolio Compliance for over 6 Trillion dollars of assets with just 130 professionals worldwide. Big Data and Automation were driven through the proprietary Aladdin platform. But the team was somewhat hamstrung by only being able to use this single platform for compliance scripts. All compliance testing that occurred outside of the platform had to be done manually.

Enter RPA…BlackRock chose Blue Prism in 2016 as its Enterprise RPA Platform. In early 2017 Luke Keenan jumped at the chance to be a full time RPA developer in the Financial Automation Team. He quickly found numerous RPA use cases, then designed, built, and deployed bots for the team. By 2019 he was one of the leading Blue Prism developers at the firm.

Here comes Seattle… In 2019 Luke saw an Automation Lead role for City of Seattle IT Department. A chance to build his own RPA Program from the ground up! He started with Seattle ITD in September of 2019. Task one was to find the best RPA Platform for the city. He tested out the functionality of Automation Anywhere A360, Blue Prism, and UiPath against the city’s current Enterprise Platforms. Automation Anywhere A360 was the clear winner.

A year in and the results were paying off. Luke had built a 95,000+ hour capacity RPA Program with over 60 Bots in Production utilizing a fully virtual RPA Infrastructure. All while in a full-blown pandemic. His most notable bot cleared an enrollment backlog of 7,000+ applicants in the city’s Utility Discount Program which was expanded due to COVID-19.

Ready to talk? Get in touch!

Companies – let us help you with talent-first automation strategies for your business.

Professionals – talk to us about your career goals in intelligent automation.